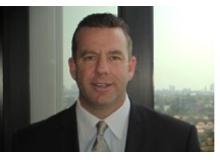 Gary has spent 15 years in the hospitality industry managing Hotels, Clubs and Casinos both in Australia and abroad.

In 1999, Gary chose to enter the finance industry and soon became a State Manager with Suncorp Metway managing their real estate channel.

In 2003, Gary was a founding Franchise Owner of L.J. Hooker Financial Services. Gary then became member of the prestigious L.J. Hooker Multi-Million Dollar Club as well as being a PLAN Australia Finalist for its most coveted award, Broker of the Year for both 2004 and 2005.

Gary then became a co-founder of Raine & Horne Financial Services (RHFS) in 2006 which is now known as Your Broker. Its broker numbers are now more than 80 and has set up offices in every state of Australia.

Under Gary's sales guidance, Gary’s team has now settled over $4B in settled loan volume and has a loan book in excess of $3B.

Gary is now head Broker Sales at Your Corner.

Gary is a member of Credit Ombudsman Service Limited and Finance Brokers Association of Australia Limited. During 2012 Garry was inducted into the Professional Lenders Association Network Hall of Fame.